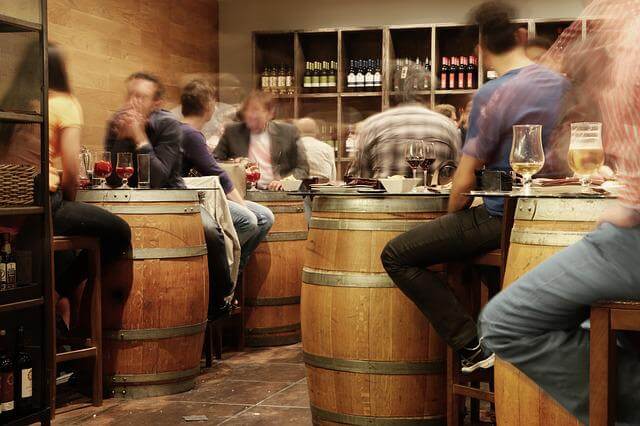 Bingeing is bad for you – so ‘they’ say.

It is banded around that binge drinking can often be worse for you than drinking regularly and hard with it!

The purpose of this post is to explore binge drinking, what it is and delve into that million dollar question – ‘how to stop binge drinking’.

First of all, let’s establish some things.

What exactly is ‘Binge Drinking’?

Binge drinking, also known as heavy drinking, is defined as consuming more than four drinks within a single hour – if we are looking for specific definitions, that is.

Binge drinking to most people, is simply hammering the drink, not daily, but regularly. To be totally honest, ‘binge drinking’ is subjective, similar to ‘am in an alcoholic’.

But whatever we decide to label it, drinking to excess regularly is going to do you harm.

This can include any combination of beer, wine, liquor, or mixed drinks. Binge drinking often thought of as drinking to the point where you become intoxicated.

But what does that actually mean? For most people, four drinks means feeling the effects of alcohol -namely feeling tipsy, drunker than you felt before, and likely needing to take a break from drinking.

But for some people, binge drinking can lead to more serious consequences.

Why do I binge when it comes to alcohol?

This may well be a question that you are asking yourself, why indeed do you opt to binge when drinking alcohol?

When people binge drink, they do it for many (often personal) reasons. Some of the more common reasons to binge drink can be

What are the risks of binge drinking?

Not considering how to stop binge drinking?

Here are some of the risks that are absolutely associated with binge drinking approach to getting smashed.

They might make you think twice, if this is how you approach your use to alcohol.

The risks alone may well make you ask yourself how to stop binge drinking, but maybe you are not sure if you are actually a binge drinker?

Let’s look at some of the tell-tale signs of binge drinking.

You may consider yourself to be a bit of a ‘binge drinker’.

Let’s take a look at some of the signs that might indicate the same.

To identify if you might be binge drinking, consider whether you have ever consumed more than four drinks in one sitting. Additionally, if you often drink to relieve stress or deal with anxiety or depression, you may be at risk for developing a binge drinking habit.

9 Step Guide to allow yourself the best chance of sobriety – https://thealcoholoffswitch.com/9-step-guide/click here

If you find yourself regularly drinking more than you would like or if you feel out of control when alcohol is involved, then it may be time to consider whether or not you might be a binge drinker.

While there is no definitive, one sure fire way to know for sure, some common signs that someone might be a binge drinker include: engaging in risky behavior while under the influence of alcohol, spending large amounts of money on alcohol, feeling severely stressed out or anxious after drinking, and experiencing withdrawal symptoms when stopping drinking.

Now, this is not an exact science, but experiencing or relating to some of these behaviours mentioned in this article, then it may well indicate that you are binge drinking.

And drinking in this manner, as we know, has potential physical and mental health implications that simply cannot go ignored.

How can I stop binge drinking?

As Catherine Grey identifies in the book, ‘The Unexpected Joy Of Being Sober’, finding your tribe is one of the best tools in your arsenal for tackling alcohol – this could be when you are working out how to stop binge drinking, or it could be for your complete journey to sobriety.

Your tribe can be your family, friends, complete strangers – whatever works for you.

If you identify that you binge drink and have also identified that you want to stop – set a goal. Literally, write it down, commit to something and do it. Maybe you will decide to only drink on two evenings, the other days I absolutely will not drink.
If your goal includes the actual amount that you have agreed with yourself to drink, then only take the exact amount of money out for that drink.
The strength in setting a goal, and identifying an actual time and date has been quoted in the strength of it within Atomic Habits, and many other amazing reads.

The proof is in the pudding, set it and you have an extreme increased chance of actually following through with the desired target.

To give yourself the best chance to stop binge drinking, even more so in the early days, consider changing your environment

Triggers are all around anyone who has been drinking for….any length of time really.

Weekend/Friday nights, holidays, visits from a friend, happy or sad news – whatever actually triggers you. These are the places to consider giving a wide-berth to, especially in the early days.

This is not to say that you are doomed to going on a binge-drinking session jus because you are exposed to certain situations. But if you are aware that there is potential to drink, why even put yourself in that situation??

Be kind to yourself when learning how to stop binge drinking, and you will reap the rewards further down the path.

Finding your alcohol off switch is individual to yourself, and finding what works….when it hits you…..you will know!

There are times that we are stronger, and some times we are mentally weaker when we are dealing with an addictive substance like alcohol.

Help yourself by not having easy access to alcohol. Even if it is available in a shop close to you, by not having alcohol in the home will put a barrier in place. An extra step to stop that easy slip to just grab a drink.

I have said this before and will say it again –

It is far easier to quit alcohol than to moderate!

And this is a mantra I stand by! Personally I have never been able to ‘moderate’ or just have a few drinks. All or nothing. And the nothing option is definitely the better option for me.

And talking with clients, group members and other people who have worked towards sobriety, they (almost all) agree. If you are struggling with alcohol, or considering how to stop binge drinking as part of your life….consider abstinence.

Some more tips to help you stop bingeing with the dreaded drink.

Here are some more ideas that you can add to your arsenal of sobriety.

If you are concerned about your levels of drinking, my first bit of advice would be to get checked out by a medical professional. Always.

We have also produced a guide to give you the best fighting chance of a successful journey to sobriety. You can take a look here at our 9 steps to help quitting alcohol.