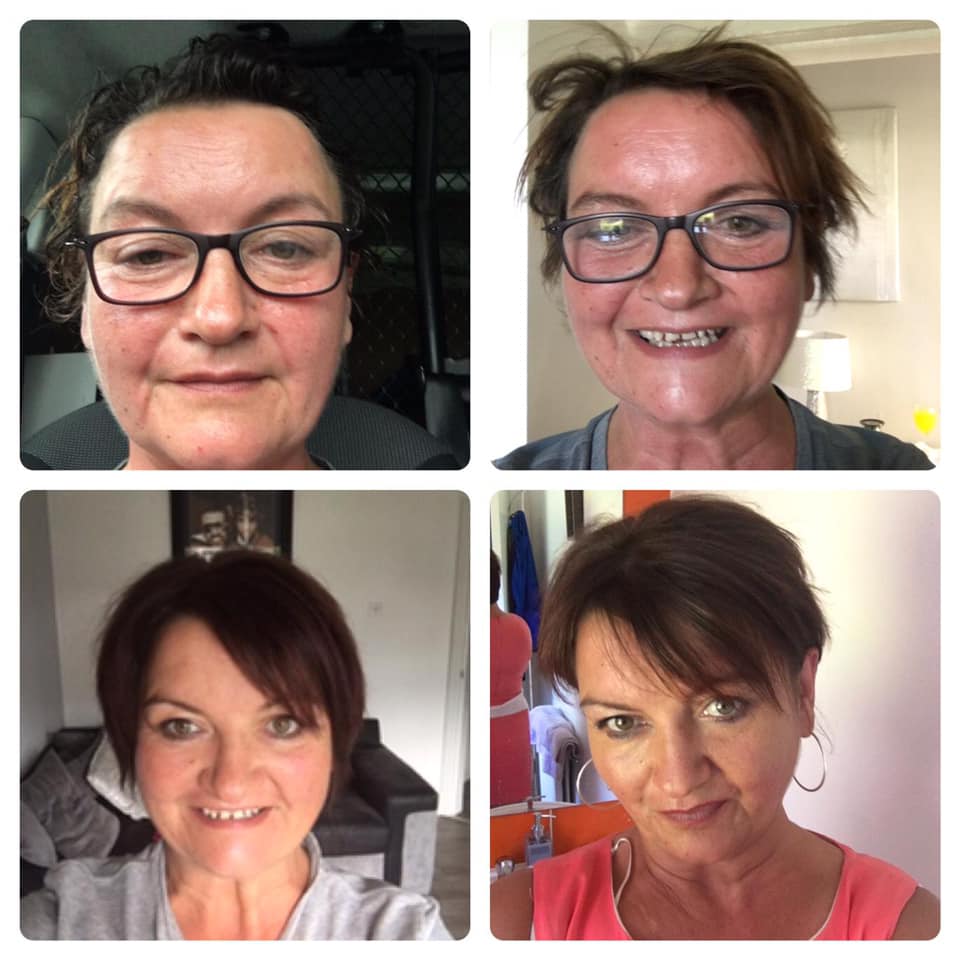 Get Rid Of That Puffy, Alcohol Bloated Face

Alcohol does serious damage to your health, both mental and physical – there is no question about that.

A quick google search, or indeed a look around this very website will tell you of the damage that alcohol does to your body and mind.

Here, we are going to look at one specific damage that alcohol does to you – it bloats you, both in feeling and in the way you look.

Alcohol bloating is a very common side effect of drinking alcohol to excess.

Have you ever had that bloated, uncomfortably full feeling after drinking alcohol? If so, you’re not alone.

Bloating is a very common side effect to drinking too much alcohol. In fact, it’s one of the most frequent complaints people have after drinking.

While alcohol bloating may not be as dangerous as some of the other risks associated with excessive alcohol consumption, it can still be quite uncomfortable.

One of the biggest causes for bloating is consuming too much alcohol. In fact, a study published in the Journal of Clinical Gastroenterology found that 40% of Americans who drink alcohol are considered to be “regular” drinkers, meaning that they consume more than four drinks per week.

That is some serious alcohol bloating going on all over the world, or wherever they are drinking anway – so pretty much everywhere. Also known as the “estrogen effect,” bloating is a common side effect of consuming alcohol.

It can cause an increase in blood pressure and heart rate, which can lead to headaches, nausea, and other uncomfortable symptoms.

It is common knowledge that alcohol puts weight on people, and often this can be hidden away or simply written off as ‘putting on weight’. But with a alcohol puffy face, before and after a period of drinking is just different and more obvious really.

For many who drink to excess, it can often be just seen as ‘what they look like’, and have accepted the obvious signs of alcohol damage many years ago.

Whilst trying to hide our levels of drinking from the outside world, in hindsight I think that it was quite obvious that those who do drink to excess ‘like a drink’

We doubt that anyone knew to what extent that I drunk, but I looked very much like a drinker – as some say, the ‘face of an alcoholic‘.

Whether or not I agree with or like the term ‘alcoholic’ is quite irrelevant. This is what is a common phrase, and this is what I would be referred to looking all bloated.
When I was drinking to excess -I definitely experienced a ‘bloated alcohol face’.

I worked in an environment where high alcohol intake was acceptable, normalised and often encouraged. And the ‘alcohol bloated face’ was very evident. Unless I get a job where wearing a balaclava was an option, then there was no way of getting away from the fact really. But as I say, alcohol was a common drug that people used for whatever their end of the night thing that they needed.

I did actually take a picture of my own face before and after alcohol – and no I am not posting this on the alcohol off switch, just something I have decided against.

During my own sobriety journey, howwever, I thought I would take some, just to see if there was any actual physical difference. I joined some ‘secret’ Facebook groups for feedback and was stunned at the positive responses and supportive messages, all commenting on how my alcohol bloated face had reduced so much in such a short space of time.

When I first decided to stop drinking, I thought it would be interesting to actually see the difference that an alcohol-bloated face made. I am really not one for taking pictures of myself, and certainly not in a self-conscious state of what alcohol has left me like with years of abuse.

In fact, I can probably count on one hand the amount of pictures that are around of me as a younger man, when friends are all taking pictures on our nights out, I was always very conscious and made sure that I was out of camera-shot.

OK you can look rough and have a puffy alcohol face after a night, but more often than not it quickly goes away. A few nights sleep and you are looking and feeling back to normal. This is for the drinker who drinks on occasion.

But for the regular drinker, it builds up and then becomes part of what you look like. An alcohol bloated face is not uncommon in anyone who drinks regularly. Those wear and tear signs on your face is evident.

What is alcohol puffy Face?

If you drink regularly or are even an occasional drinker, you may notice your face is bloated and also a flush complexion. The cause of puffiness around the face is due to all of that alcohol dehydrates you.

As your body loses water, its natural defense kicks in and tries to retain as much water as it can, which in turn creates a bloated alcohol face.

Or ‘alcohol face bloat’ as it is sometimes referred to.

A puffy face from alcohol can indeed be the product of one night of drinking, but the alcohol swelling usually increases as the drinking carries on.
While alcohol can cause this bloated puffy face, it can also be common to experience a bloated stomach due to water retention and overall dehydration.

Alcohol face bloat varies in how long it lasts, and obviously, consumption and lifestyle will play a part. The puffiness can last anything from a few days to months or longer, again depending on the length and amount of drink guzzled.

Ok, so I have now developed a bloated face from alcohol – what can I do to get rid of it?

The good news is that by reducing or stopping your alcohol intake, the puffy alcohol face WILL GO DOWN!!

The questions about how long or to what degree, they are whole other questions and depend a lot on different aspects such as levels of drinking or period of time etc, general health, lots of variables.

Look her at some amazing ‘alcohol puffy face’ before and after changes.

To you all, thank you for allowing us to share your journey and changes. Inspirational….as you will see!

Five ways to get rid of that bloated alcohol face.

In order to get rid of the bloating that comes with alcohol (sooner to some than others), there are some things that we can use to combat a bloated face from the dreaded drink.

Some alcohol ‘puffy face’ before and after pictures

This section of this her blog post was my total inspiration to write about drinking and the effects it can have on your looks. I do not see this as in any way vanity, but I remember during my own journey and seeing so many people change – physically change when they decide to stop drinking. Of course there are many, many health benefits to becoming teetotal, but the visual ones just are more obvious, and just strike you more.

Take a look here at some of the amazing alcohol-free transformations and see for yourself.

Truly Inspirational changes. Thanks for letting me share here, and congratulations to all here!

I went to a few social media groups to ask if they would be happy to share some of their before and after alcohol abuse pictures. You can take a look yourself and I am sure that you will agree, the results truly are amazing.

Actually seeing the effects that stopping drinking alcohol can have on your appearance can be mind-blowing. We all know that alcohol is a poison for your body, and we all feel a little bit rougher after a day or night of drinking.

And, we all feel a bit fresher if we wake up hang-over free. But the years of alcohol abuse take it’s toll on your physical appearance and can age your looks considerably. That ‘alcohol bloated face’ slowly creeps up on you. I say ‘slowly’ because it certainly does not happen overnight.

If you take a look in any of the bars in your town, not the bars where the younger generation hang out for their crazy nights out – but more in the standard ‘drinker’s bars’. We all have them in our towns, you know the ones I mean. The ones where men and women are regulars at the pub, day in/day out. Or if they don’t hang around in those sort of bars – the heavy drinkers who do it as part of their daily or weekly routine.

With high alcohol intake, the same sort of puffy face is evident, the same tired look around their eyes and mouth. These are the long-term signs of alcohol abuse.

Having a bloated face due to alcohol is difficult to hide really, especially with long-term drinking.

When I was drinking heavily, as I said, I felt that I was hiding it pretty well to colleagues…or maybe they really did not care. It was not until I saw the changes myself that it actually hit home just how much alcohol was affecting me.

What amazes me with some of these fantastic before and after success stories is often the lack of actual weight loss. When they were consuming alcohol, the bloated puffy face was evident, it certainly was with me. I always had in my mind that if I lost weight then this would not happen, as there would be nothing to ‘puff out'(???!!).

As you can see, the difference that alcohol can make on your physical image can be damaging, but removing alcohol from your system can be amazing. it is evident that alcohol face bloating has been dramatically reduced in all of the pictures.

High alcohol consumption ages you, there is no doubt about that.  Remove it and…well… you can see the benefits.  Live a healthy lifestyle and your alcohol face bloat will fade away. Keep at it and you will see some fantastic changes (and get some amazing compliments)

Ps, thank you all for letting me share your pictures. I am sure it will help motivate many other people on their paths to sobriety 🙂